Ø  Accused police officers were discharged from the murder charges of a person who was found alive.

Ø  Court directed  State to pay cost of Rs. 50,000 to each accused whose bail was rejected and who suffered due to false charge.

Ø   State is directed to take action against complainant and witnesses as per section 340 of Criminal Procedure Code for creating false evidence to frame the innocent officer  in a serious charge of murder.

Ø   Court laid down the law that when falsity of the case and fraud by the complainant is brought to the notice of the Magistrate then he can dismiss the complaint even if it is a Session triable case.

Ø  Court directed state to recover the compensation taken by the complainant from as his complaint is false and order was obtained by playing fraud upon the court.

Ø  Magistrate committed error in issuing process and failed to drop the case even if it is brought to his notice that the deceased is alive. 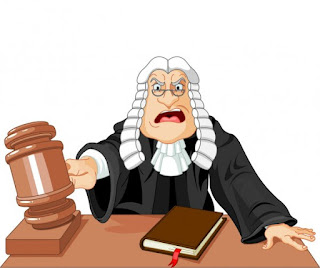 BRIEF FACTS OF THE CASE:

The Petitioner police officer was charged for offence of murder of complainant’s son.

High Court directed the Additional Director General of Police (Crime), to get an enquiry conducted and submit a report thus;

“The Additional Inspector General of Police (Crime) gave a report that the dead body recovered from the pond was not of the son of the complainant and he was alive and was in regular touch with the complainant/father.”

Thereafter, High Court directed the Sessions Judge, Ludhiana, to hold an enquiry and submit a report about the whereabouts of the son of the complainant. The Sessions Judge submitted an enquiry report on 31.08.2008, holding that the son of the complainant was eliminated by the police while in custody. In view of the said report, the aforesaid CRWP No.448 of 2005, was disposed of on 21.05.2010 with a direction to register an FIR against the accused and thus, FIR No.115 dated 21.08.2010 was registered under Section 302 and 201 IPC at Police Station Dehlon, District Ludhiana.

During the investigation of the FIR, an S.I.T. was constituted which again submitted a report that the son of the complainant was alive as no evidence has come against the accused person and in fact, Hardeep Singh @  Raju had escaped from the police custody.

The Complainant filed protest petition. He examined three witnesses. The Magistrate issued process on the basis of said statements before the court.

The Anticipatory Bail of accused was rejected.

While allowing the petition the High Court observed as under;

“A murdered man was found alive. Still the 15 years long agony of the petitioners (hereinafter referred to as 'the accused’) is not buried by the Courts below. ”

The Commissioner of Police, Ludhiana filed an affidavit stating that Hardeep Singh @ Raju son of the complainant Naginder Singh is the same person, who was allegedly murdered in FIR No.115 dated 21.08.2010

“ Though, the trial Court has rightly observed that once the cognizance has been taken, the Court cannot recall the summoning order, however, it has ignored the fact that the application was moved by the petitioners to dismiss the protest petition in view of the fact that the summoning order was procured by the complainant by playing fraud with the Court as the son of the complainant is alive and therefore, nothing precluded the trial Court to dismiss the protest petition.

Further observation made by the Magistrate that since the offences were triable by the Court of Magistrate/Court of Sessions, though are correct but the Magistrate, in exercise of power under Section 239 Cr. P. C., in order to prevent any injustice to the petitioners could have allowed the application and discharge them by dismissing the protest petition.

The Magistrate, while dismissing the application vide impugned order dated 02.12.2020 even again issued Non-bailable Warrants against the petitioners. This part of the order is also illegal as in view of provision of Section 87 of Cr. P. C., the Magistrate can withdraw Warrants as per the information supplied and also in view that the petitioners through counsel had already appeared. The proper course was to direct the counsel for the petitioners to furnish bail/surety bonds as they intended to appear before the Magistrate, but for dismissal of anticipatory bail by the Additional Sessions Judge, they apprehended arrest for no fault.

However, the Additional Sessions Judge having failed to exercise the jurisdiction under Section 438 of Cr. P. C., in dismissing the anticipatory bail application of the petitioners despite the fact that it was brought to his notice that they are being prosecuted in pursuance to a fraud committed by the complainant, has passed a totally illegal order.

Considering the fact that the petitioners are subjected to unwanted and unnecessary criminal prosecution for a period of last 15 years, it is directed that the State Legal Services Authority, Punjab through District Legal Services Authority, Ludhiana, will pay the costs of Rs.50,000/- each to all the 03 present petitioners namely Amarjit Singh, Jaswant Singh and Kabal Singh within a period of 04 months from today.

It will be open for the prosecution to initiate the proceedings under Section 340 Cr. P. C. against CW-1 Satpal Singh, CW-2 Gurdial Singh and CW-4 Naginder Singh i.e. the complainant.

Considering the fact that the Additional Sessions Judge, has failed to exercise its jurisdiction, it is directed that he will go through at least 10 judgments of the Hon'ble Supreme Court including the 02 Constitutional Bench Judgments i.e. "Gurbaksh Singh Sibbia vs. State of Punjab", 1980 (SC) AIR 1632 and "Sushila Aggarwal vs. State (NCT of Delhi)", 2020 (1) RCR (Criminal) 833, wherein the Hon'ble Supreme Court has interpreted the provisions of Section 438 Cr. P. C.

The Additional Sessions Judge-I, Ludhiana, will submit the written synopsis on the exercise of jurisdiction by a Judge under Section 438 Cr. P.C., after going through the judgments, within a period of 30 days to the Director, Chandigarh Judicial Academy.”