Resident Engineer of MHADA Mr. Damodar Suryavanshi was also made an accused for affirming the false affidavit.

Complainant also prayed for action under criminal and Civil Contempt against all the conspirators.

The members of Aram Nagar society Mr. Rakesh Shreshta, Mrs. Shabnam Kapoor etc. are involved in the conspiracy and also made co-accused.

Applicant prays for committing all accused to custody as per section 340 Cr.P.C. as the offences committed by them are non-bailable and punishable upto  life imprisonment.

Complainant company East and west developer is filing a suit for compensation of Rs. 10,000 Crores against rival builders Vikas Oberoi and Avinash Bhosale 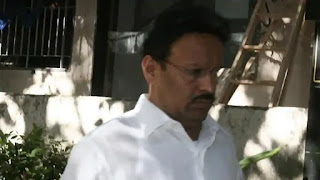 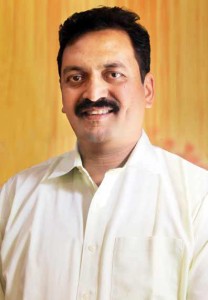 As per the version of the complaint:- In a case before the Hon’ble Supreme Court of India, the case of S. M. Pasha & Ors. Vs. State of Maharashtra & Ors. one Mr. Damodar Suryavanshi - Resident Engineer of MHADA filed his Reply Affidavit in the month of October 2020. The said affidavit, was ex-facie proved to be false by MHADA’s own documents and other materials available on record and also as per the Court’s orders. The said affidavit, also proved the conspiracy between the rival Builders Mr. Avinash Bhosale & Vikas Oberoi, alongwith some society members such as Rakesh Shrestha and others and some officials of MHADA. The accused has not only abused the government machinery and his position but also committed an offence of fraud and contempt of court in order to get favourable decision for them.

The redevelopment project of 40-acre MHADA land at Aram Nagar, 7 Bungalows, Andheri, Mumbai is being carried out by Mr. Anubhav Agarwal - ‘East and West Builders’. The rival builders viz. Mr. Vikas Oberoi & Mr. Avinash Bhosale had an eye on this multi-billion project and since they could not get this project by legal means, they took resort to illegal means by fabricating documents and producing false affidavit before the Court portraying them to be true and correct. The said rival builders conspired with a few society members viz. Mr. Rakesh Shrestha, Shabnam Kapoor as well as officers of MHADA as well in order to harass the ‘East and West Builders’ (hereafter called as ‘the said builder’) and to take over the said project.

With the ulterior motive of handing over of the said project to the rival builders, all the conspirators made various attempts in order that the project do not even commence and cause wrongful loss to the said builder and also a great loss to the state. They also filed various unfounded petitions before the Charity Commissioner, Bombay High Court and Supreme Court, but failed in all those attempts. Failing in all these attempts, they filed the petition in the court for internal issues on society affairs which was again rejected not only in lower courts but also by the High Court.

They then approached the Supreme Court and this being their last chance, they took resort to unfair means and practices knowing that they cannot win by legal means. In such circumstances, Mr. Avinash Bhosale in connivance with the Vice President of MHADA viz. Mr. Milind Mhaiskar, sent a notice to the said builder to cancel the contract directly. The said builder, though sent a written objection, it was concealed and with the common intention and in connivance with each other adopted unethical techniques and managed Mr. Milind Mhaiskar to pass an order which was made by the lawyer of the accused Mr. Vikas Oberoi and signed only by Mr. Milind Mhaiskar. The accused created such various false and bogus documents containing false statements, facts and evidences and submitted the same before the Hon’ble Supreme Court with ulterior motive of using it as a genuine one and misleading the Court with full knowledge that they are submitting a false document on oath.

Taking a stand against such illegality and conspiracy between the rival builders and the officials of the government bodies, the said builder moved an interim application before the Hon’ble Supreme Court in the said SLP; to which the Resident Engineer, Mr. Damodar Suryavanshi filed a reply affidavit which is false and made with sole purpose to misled the Court but he produced it before the Court as true and correct. This itself is an offence under Cr.P.C. and attracts penal provisions.

Just because they are government authorities or officers related/working in government institutes, they are not immune to law and shall attract penal punishments if they violate the law. In such circumstances, the accused are liable and attract penal provisions as mentioned u/s 340 r/w s 195 of the CrPC and punishment u/s 191, 192, 193, 199, 200, 201, 218, 166, 409, 465, 466, 467, 471, 474 r/w 120 (B), 34 of IPC is sought therein, which majorly deals with public servant and they furnishing false and fabricated documents, misleading the Court and thereby causing contempt of court by filing such false documents with ulterior motive of furnishing the same as true document.

There have been many instances where the Judiciary has maintained the law and order and kept legal enactments above the officials and government authorities too. The Supreme Court in multiple cases have time and again proved that law is Prime and Superior than anybody and given deserving punishments to those who have violated laws by producing false and fabricated documents and using them as genuine before the Court in order to mislead the Court with ulterior and illicit motive.

‘whenever contrary versions are produced by the parties before this Hon’ble Court, then the Court is duty bound to conduct enquiry itself or by calling report from C. B. I. or any authority and based on the said report to decide the rival claim of the parties and take a decision to launch a prosecution against accused responsible for filing false affidavits/claims versions before the court.’

In the current case, where the accused Mr. Damodar Suryavanshi callously and without any fear of consequence dare to file false affidavit by using the false, fabricated and forged record as genuine one, in order to misled the court by dishonestly twisting and suppressing the material facts, Supreme Court has the power to direct prosecution of the accused, thereby giving directions for taking Mr. Damodar Suryavanshi, Mr. Milind Mhaiskar, Mr. Avinash Bhosale, Vikas Oberoi, Mr. Rakesh Shrestha and others in the custody by issuing Non-bailable warrants and launch prosecution for offences which are having punishment with imprisonment for life as per the provisions of Cr.PC.

Also, the offenders, who, with ulterior motive and knowledge that they are misleading the Court by filing false documents on oath and that has been proven ex-facie before the Court, should not be granted a Bail as laid down in 2 landmark judgements in the case of Koppala Venkataswami Vs. Satrasala Laxminarayana Chetti & Anr. AIR 1959 AP 204 &and Dilip @ Dinesh Shivabhai Patel & 1 Vs. State of Gujarat 2011 SCC OnLine Guj 7522.

Whenever the Notice of termination of contract is given, it needs to follow certain protocols such as show cause notice to be given in proper format and proper hearing is warranted and the principles of natural justice are required to be followed in letter and spirit before such termination. This has been laid down in various binding precedents and more particularly in the case of K. I. Shephard 1988 SCR (1) 188, Vitindai Pharmaceuticals 2020 SCC OnLine SC 912, SBQ Steel Ltd. MANU/AP/0952/2012 etc. But in the present case, the accused Mr. Milind Mhaiskar was predetermined to shut all the ways and means and terminate the contract in connivance with other accused and took haste decision. Thereby, when the officials have failed to follow the procedures laid down in many binding precedents; this prima facie shows contempt on their part. Failure of not following the bindings of the Apex Court and deliberately disrespecting the guidelines of the Supreme Court and acting in utter disregard and passing of such termination notice without giving proper hearing opportunity has been laid down in cases such as Johra v/s. State (2019) 2 SCC 324 and in Express Newspapers Pvt. Ltd. vs. Union of India, AIR 1986 SC 872.

Since the public servant had proven to be acted with undue haste therefore it needs a direction to  CBI to probe into and conduct investigation and file repost before the Court in such situation as laid down in the case of Noida Entrepreneurs Association (2011) 6 SCC 508.

Also, in the recent case of Sarvapalli Radhakrishnan (2019) 14 SCC 761, the Full bench of Apex Court imposed a fine of Rs. 5 Crores on the accused and also ordered criminal action against the culprits. In an another case the IPS Officer M.S. Ahlawat who tried defrauding the Court by giving false affidavits was termed for imprisonment for 1 and half year by the Supreme Court.

Also, the then Maharashtra Minister, Mr. Swaroop Singh Naik and Chief Secretary Ashok Khot were also sent to jail for imprisonment for 1 month for contempt of Court by the Supreme Court.

The Supreme Court has sentenced an officer of the rank of IPS (public servant) in the case of Afzal vs. State 1996 SCC (7) 397, the observation of the case is as under;

“From the above discussion and conclusion the question is: what punishment is to be imposed on Randhir Singh (ASI), Ishwar Singh (SI) and M.S. Ahlawat (Superintendent of Police)? None of them made any candid admission nor tendered unqualified contrite apology. Police Officers, who are supposed to be the so-called disciplined force, have deliberately fabricated false records placed before this Court without any compunction. It is, therefore, of utmost importance to curb this tendency, particularly, when they have the temerity to fabricate the records with false affidavit and place the same before the highest Court of the land. Their depravity of the conduct is writ large. M.S. Ahlawat is unworthy to hold any office of responsibility. Therefore, Randhir Singh (ASI) and Ishwar Singh (SI) shall be punishable under Section 193 IPC and accordingly they are convicted and sentenced to undergo rigorous improvement for a term of 3 months and 6 months respectively. Ahlawat, the Superintendent of Police, is punishable under Section 193 IPC. He also committed contempt of the proceedings of this Court punishable under Article 129 of the Constitution. Accordingly, he is convicted and sentenced under Section 193 IPC to undergo rigorous imprisonment for a term of one year. He is convicted and sentenced to undergo rigorous imprisonment for a term of 6 months under Article 129 of the Constitution. Both the sentences are directed to run concurrently. Krishna Kumar, Head Constable is exonerated of the charge under Section 193 IPC with warning to show exemplary conduct hereafter. His bail bonds are discharged. The Director General of Police, Haryana is directed to take the convicts M.S. Ahlawat, Superintendent of Police, Ishwar Singh, Sub-Inspector and Randhir Singh, Assistant Sub-Inspector forthwith into custody and have them consigned to Central jail, Chandigarh to undergo the sentences and submit a report of compliance to the Registry within one week from the date of the receipt of this order. We place on record our appreciation for prompt investigation conducted and the report submitted, within the time given, by the CBI officers.”

Such actions whereby the offenders violate the law and overlook the guidelines laid down by the Judiciary in various precedents not only undermines the respect of the Supreme Court, the constitutional authority but is also likely to subvert the Rule of Law and create uncertainty and confusion in the administration of law. Such conducts are therefore comprehended by the principles underlying the law of Contempt as ruled by the Hon’ble Supreme Court in the case of Baradkanta Mishra (1973) 1 SCC 446. Herein the present case, not only the MHADA Officials but also the other accused including the members of the society who supported the unlawful acts of main accused, by relying and endorsing the act of the said contemptuous order and false affidavit are also guilty of contempt of this Hon’ble Apex Court.

The notice sent by advocate for complainant company can be downloaded here;      Download Now