Conviction under contempt is a blessing for Mallya as his extradition will not be possible.

SUPREME COURT'S WRONG APPROACH AND CONVICTION UNDER CONTEMPT IS A BLESSING FOR MALLYA AS HIS EXTRADITION WILL NOT BE POSSIBLE.

Conviction under contempt is a blessing for Mallya as his extradition will not be possible unless intra court appeal is set up by the Supreme court of India and unless it is clarified by the Govt. of India that the judgment in Prashant bhushan’s case is no longer good law and the sentence of Mallya will be only as per Contempt of Court’s Act, 1971 and not as per whims of the Judges of the Supreme Court. 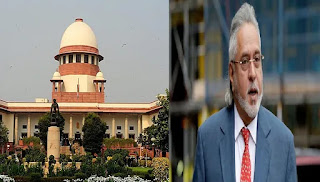 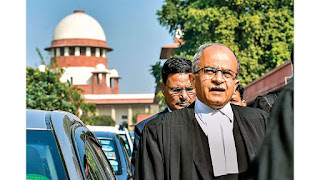 After dismissal of review petition in contempt in last month 2020 SCC OnLine SC 701 Dr. Vijay Mallya is likely to file fresh application for refusing his extradition on the ground that in India, as per recent judgment in Re Prashant Bhushan, the punishment for contempt before Supreme Court is infinite and may be a death sentence and there is no appeal provided for it which is violation of Art. 14 of the International Covenant on human Rights as clarified by the United Nations Human Rights Committee of 19 judges including Justice P.N. Bhagwati of India in the case of Hens Serena and Corujo Rodriguez v. Spain, Comm. 2008 SCC OnLine HRC 20.

Because of wrong legal position laid down by the Supreme Court in Re: Vijay Kurle’s case’ and Re: Prashant Bhushan case’ the Mallya will get the benefit  till the issues are clarified by the Constitution Bench in the Writ filed by the  Prashant Bhushan and others challenging their convictions. This is damaging the reputation of India in International community and also in corporate world.

Mallya is convicted under contempt by the Supreme Court in the year 2017. His review petition is dismissed in the case of Dr. Vijay Mallya  Vs. 2020 SCC OnLine SC 701. Now he has been summoned to argue on sentence. Such order under contempt is appealable as has been ruled by the Supreme Court of India in Modi Telefibres Ltd. Vs. Sujit Kumar Chaudhary (2005) 7 SCC 40. But  the Supreme court of India have not set up any mechanism for ‘Intra Court appeal’ and therefore his right are ex facie violated.

Mallya will also point out the arbitrariness of the Supreme Court of India by citing the examples of unequal treatment given by the Supreme Court in Contempt jurisdiction by giving the example in the case against Mr. Vilas Athawale Assistant secretary of Maharashtra State assembly where his personal presence was insisted despite Covid-19 situtation in Delhi. On the contrary in the case of Kunal Kamra the co-ordinate bench of the Supreme Court dispensed the personal presence of alleged contemnor without any reason. This shows that the Supreme Court in India is not acting as per law but as per their whim and caprice and therefore there is a great apprehension in his mind that, his fundamental rights are not protected in India because the protectors are itself the violators.

Despite the Vijay Mallya  lost his appeals in the British Supreme Court in May against his extradition to India the UK may not give the custody of Vijay Mallya to India.

The question is also raised on the bonafides of Attorney General for India for not taking any efforts to get the Prashant Bhushan’s case decided at the earliest.

Supreme Court of India is also reluctant to hear the writ petition filed by Adv. Prashant Bhushan and others for setting up the intra court appeal as mandated by supreme court in Madhav Hoskot’s case(1978) 3 SCC 544.

In UK court, the judge must be satisfied that if extradition would be disproportionate or would be incompatible with the requested person’s human rights.

Mallya will also take a defence that his fundamental rights can also be violated by the Supreme Court as done in the case of other corporate Mr. Subrato Roy Sahara who was sent to jail by the Indian Supreme Court without any trial and without in accordance with the procedure prescribed in the statute, which created the offence and regulated the punishment. This is also  violation of Art. 20 of the constitution.  Since In Re: Prashant Bhushan’s case the bench headed by Justice Arun Mishra’s Bench had taken a view that they will not act as per Contempt of courts Act, 1971 and can pass any order under Art 129 and if said proposition is accepted then the misuse of said discretion may go for death penalty for Mallya as has been observed by the High court in the case of in Khemchand Agrawal Vs. Commissioner, Irrigation (2004) 97 CLT 237:2004 SCC OnLine Ori. 119. And therefore, UK Court will not permit the extradition of Vijay Mallya till the two issues are resolved by the Constitution bench of the Supreme Court.

In Khemchand Agrawal’s case it is observed as under;

“Now, if this provision prescribing maximum punishment under the Contempt of Courts Act, 1971 is held to be inapplicable to the power of High Court under Article 215 of the Constitution to punish for contempt of itself, then a person found guilty of contempt of High Court can be sentenced to life imprisonment also or to even death sentence. If the proposition of Calcutta High Court and Karnataka High Court in this regard is to be accepted then, there is no escape from the conclusion that High Court can sentence a person found guilty of contempt of itself to life imprisonment or to death sentence.”

Same ground is taken by Adv. Prashant Bhushan in his writ petition bearing WP No. 1053 of 2020, demanding setting up of Intra Court appeal and asking declaration from the Supreme Court as to the supreme court shall exercise its power under art 129 as per provisions of contempt of courts Act, 1971  as mandated by Full bench in Pallav Sheth’s [2001] 7 SCC 549 case or will act arbitrarily as said by justice Arun Mishra’s bench.

Universal Declaration on Human Rights ensures due process and Article 10 thereof provides that everyone is entitled in full equality to a fair hearing by an independent and impartial tribunal in the determination of his rights and obligations and of any criminal charges against him.

Article 11 of Universal Declaration of Human Rights guarantees everyone charged with a penal offence all the guarantees necessary for the defence, the same reads as under:

"(1) Everyone charged with a penal offence has the right to be presumed innocent until proved guilty according to law in a public trial at which he has had all the guarantees necessary for his defence.

Similar is the provisions of Art 20 of Constitution of India.

In Shanthiniketan Housing Foundation 2009(6)Kar L J 205,  it is ruled that, the conviction envisaged under Article 20 of the Constitution contemplates the proceedings before a Court of law, which means an initiation or starting of proceedings of criminal nature before a Court in accordance with the procedure prescribed in the statute, which created the offence and regulated the punishment. Conviction without trial would amount to deprivation of the personal liberty of a person within the meaning of Article 21 of the Constitution. Article 21 puts restriction on any State to encroach upon the personal liberty of a person save in accordance with law and in conformity with the procedure prescribed in that behalf. Procedure established by law within the Article 21 is understood to mean the law prescribed by the legislature at any given point of time, Without prescribing the procedure no person can be deprived of his personal liberty, which means freedom from physical restraint of a person by incorporation. As the proviso to Section 27 did not provide any procedure before a sentence of imprisonment could be imposed it was struck down as unconstitutional.

Supreme Court in the case of  Vijay Singh vs State Of U.P. (2012) 5 SCC 242,  ruled that in a civilized society governed by rule of law, the punishment not prescribed under the statutory rules cannot be imposed. Principle enshrined in Criminal Jurisprudence to this effect is prescribed in legal maxim nulla poena sine lege which means that a person should not be made to suffer penalty except for a clear breach of existing law. A person cannot be tried for an alleged offence unless the Legislature has made it punishable by law and it falls within the offence as defined under Sections 40, 41 and 42 of the Indian Penal Code, 1860, Section 2(n) of Code of Criminal Procedure 1973, or Section 3(38) of the General Clauses Act, 1897.

Some judges of Supreme Court of India are the greatest violators of fundamental rights of the citizens in India and some judges are acting against Indian Constitutional mandate of Art. 14 of equality before law as can be seen from recent order  in contempt against  Kunal Kamra his  personal appearance is dispensed without any reason on the contrary in the case against the Mr. Vilas Athawale Assistant secretary of Maharashtra State assembly the personal presence was insisted and he was compelled  to travel from Mumbai to Delhi despite there being seriously high patients of Covid 19 and risk of life. Even on 26.11.2020 the CJI asked as to whether he is in Delhi. Due to such arbitrary exercise of power by the Highest Court of the Country the Britain Court will not accept the submission of the Indian government that the government will protect the fundamental rights of Vijay Mallya.

During the extradition hearing in a UK court, the judge must be satisfied that if extradition would be disproportionate or would be incompatible with the requested person’s human rights.

The UK will not extradite an individual to India unless that individual is accused of an offence that would be criminal under the laws of the UK as well as India and unless the offence is serious enough that it attracts a sentence of one year. These are common requirements - i.e. double criminality and minimum punishment - which are included in most extradition treaties.

In June, India urged the UK not to consider any request for asylum by Mallya as there appeared to be no ground for his persecution in the country.

At the same time the unconstitutional and wrong approach of some Judges of Supreme Court of India is also a major hurdle in extradition of Dr.Vijay Mallya.

Hope that the good sence will prevail over Supreme Court Judges and Attorney General for India.