CONTEMPT PETITION FILED AGAINST THE JUDGE OF ALIBAG COURT.

The Judge refused to follow the binding precedents of Supreme Court & Bombay High Court in cases under section 340 of Cr.P.C.

Case is of maintenance filed by wife and 340 application filed by the husband. 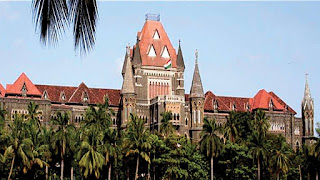 The said Petition is registered as Contempt Petition No. 5965/2021.

The wife filed a petition for claiming maintanace against her husband.

The respondent Judge Chalkar asked Adv. Agarwal to provide the copy to other side for filling their say.

Said thing was objected by Adv. Agarwal by citing the Full Bench judgment in the case of Pritesh Vs. State AIR 2002 SC 236 . He also relied on various other binding precedents.

The respondent Judge misinterpreted the binding precedents and relied upon the per-incuriam and overruled judgment of a single Judge Sh.S.J.Kathawalla in Satyanarayan Pandy’s case and posted the case for hearing on maintainability of application under section 340 of Cr.P.C

Recently, in a case of similar nature the Full Bench of the Manubhai Vs. A.P.Khanorkar 2021 SCC OnLine SC  had issued contempt notice to the Addl. Metropolitan Magistrate of 68th Court, Boriwali.

In Superintendent of Central Excise Vs. Somabhai Ranchhodhbhai Patel (2001) 5 SCC 65, it is ruled as under;

‘‘A) Contempt of Courts Act (70 of 1971), S.2 – The level of judicial officer's understanding can have serious impact on other litigants-

Misinterpretation  of order of Supreme Court is contempt - Civil Judge of Senior Division erred in reading and understanding the Order of Supreme Court - Contempt proceedings initiated against the  Judge  - Judge tendered unconditional apology saying  that with his  limited understanding, he could not read the order correctly. While passing the Order, he inadvertently erred in reading and understanding the Order of Supreme Court - Supreme Court issued severe reprimand – Held,  The officer is holding a responsible position of a Civil Judge of Senior Division. Even a new entrant to judicial service would not commit such mistake assuming it was a mistake - It cannot be ignored that the level of judicial officer's understanding can have serious impact on other litigants. There is no manner of doubt that the officer has acted in most negligent manner without any caution or care whatsoever- Without any further comment, we would leave this aspect to the disciplinary authority for appropriate action, if any, taking into consideration all relevant facts. We do not know whether present is an isolated case of such an understanding? We do not know what has been his past record? In this view, we direct that a copy of the order shall be sent forthwith to the Registrar General of the High Court. (Paras 15 16)’’

Last year Division Bench of High Court in the case of Yogesh Waman Athavale vs. Vikram Abasaheb Jadhav 2020 SCC OnLine Bom 3443  kept the Judge under supervision of Principal District Judge for a period of one year. It was observed as under;

“19. Here we deem it proper to take into account the submission of Mr. Nargolkar. According to him respondent No. 1 has already been summoned by this Court on the administrative side and has been properly counseled pursuant to the similar complaint of the petitioner. It appears that respondent No. 1 has been properly and suitably counseled on the administrative side of the High Court.

20. We hope and trust that in future respondent No. 1 will exercise his judicious mind while dealing with judicial work with greater care, caution and circumspection. We issue direction to learned Principal District and Sessions Judge with a request to monitor the performance of respondent No. 1 for one year henceforth by randomly checking the judgments and orders and keep the High Court informed, if required, for necessary action.

21. With the above directions, Contempt Petition stands disposed of.”