[ Rashid Khan Contempt case] Supreme Court to pronounce Judgment tomorrow on the issue as to recall is maintainable or not and whether registry can take a decision or the Court has to decide it.

Special Bench of three judges will pronounce the judgment. 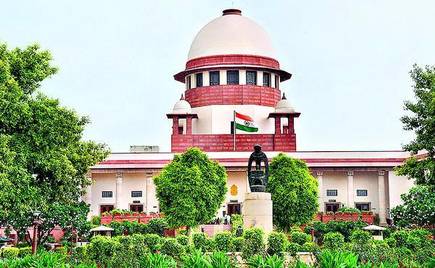 The court on 18.08.2020 reserved the order on the issue as to recall application against order of sentencing in contempt passed on  04.05.2020 is maintainable or only review is maintainable.

The applicant Rashid Khan Pathan filed Application  for recall but the Regitrar refused to register it. Against said order Mr Pathan filed appeal. 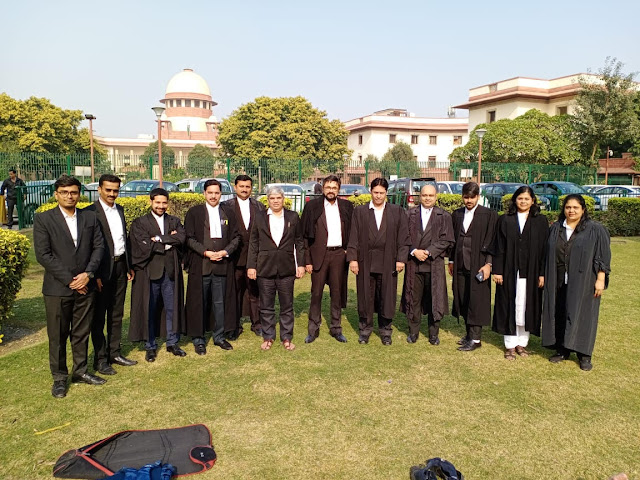 Recently  the request by Justice (Retd.) Kurian Joseph to provide intra Court Appeal against the order passed by the Supreme Court in original jurisdiction of Contempt and the request by Prashant Bhushan to defer the hearing on his case for filing review,  a special bench of Supreme Court headed by Justice L. Nageshwar Rao on 18.08.2020  in the  case of Re: Vijay Kurle, concluded the hearing on  the application filed by Respondent No. 2 Shri Rashid Khan Pathan seeking direction to register his application for the recall of the order dated 04.05.2020 passed by the Bench of Justice (Retd.) Deepak Gupta.

1.2 The Registrar (Admin) vide his order dated 07.08.2020, refused to register the Application under recall by observing that the review application should be filed.

In the case of P. Surendran vs State By Inspector Of Police (2019) 9 SCC 154, had ruled that the act of numbering a petition is purely administrative. The objections taken by the Madras High Court Registry on  the aspect of maintainability requires judicial application of mind by utilizing appropriate judicial standard. Registry could not have exercised such judicial power to answer the maintainability of the petition, when the same was in the realm of the Court. The power of judicial function cannot be delegated to the Registry.

1.3 Adv. Partho Sarkar representing Rashid Khan, pointed out to the court that the recall is maintainable because the order dated 04.05.2020 was passed on wrong premise and without Jurisdiction and therefore application for recall is maintainable in view of law laid down in National Fertilizer Limited Vs. Tuncky (2013) 9 SCC 600, where Supreme Court recalled its own order passed for pronouncing conviction under contempt as it was based on the wrong premise and incorrect observation.

1.4  It was further pointed out that as per the judgment of SC in Delhi Administration v. Gurdip Singh Uban., reported as (2000) 7 SCC 296,  which is relied by Registrar himself it is ruled that the decision as to Recall or review  should be taken by the Court and Registrar cannot decide the  legality of the application and that too unilaterally and without hearing and giving any opportunity to the Applicant.

In counter to this Adv. Siddharth Luthra wanted to argue as an Amicus Curiae. Mr. Sarkar wanted to object the very appearance of Mr. Luthra but due to network issue Mr. Sarkar was unable to connect, therefore he conveyed his objection through Respondent No. 3 Adv. Nilesh ojha that appointment of private  Counsel Mr. Siddharth Luthra to assist the Court is against the ‘Rule 10’ of ‘The Rules to Regulate Proceedings for Contempt of Supreme Court, 1975’, and therefore he shpuld not be allowed to argue. The Rule 10  permits only Attorney–General or Solicitor-General to appear and assist the Court in contempt proceedings before Supreme Cour. This has been  followed by Constitution Bench in Subramanian Swamy Vs. Arun Shourie (2014)12 SCC 344, Re: C.S. Karnan (2017) 2 SCC 757 (1) and in Re: Prashant Bhushan 2020 SCC ON Line SC 646.  Since Mr. Siddharth Luthra is not an Attorney General, he cannot assist the court. Justice Nageshwar Rao accepted the objection and refused to entertain Adv. Siddharth Luthra. Even in the order uploaded, the appearance Adv. Siddhartha Luthra is not shown.

1.6 Shri Rashid Khan Pathan, in a letter addressed to Dy. Registrar (Section XVII) Secretary General of Supreme Court, requested that, the video link of the hearing of the case shall not be provided to Mr. Siddharth Luthra for future hearing of the case.

It was further requested by Mr. Rashid Khan that, no fee of appearance be given to Mr. Siddharth Luthra, if paid then it should be recovered as he is disqualified and incompetent to be an Amicus in Criminal Contempt Proceedings.  And making payments to incompetent and undeserving person  amounts to misappropriation of public funds.

The WhatsApp group created by Supreme Court Registry clearly shows that Mr. Luthra made specific request for marking is appearance alongwith junior advocates. But the order does not reflect his name.

1.7 Recently ,  Adv. Harish salve who was appointed as an Amicus Curiae discontinued from the case, in the 11 year old case of Amicus  Curiae vs. Prashant Bhushan,  on the same ground that his appointment was against ‘Rule 10’ of ‘The Rules to Regulate Proceedings for Contempt of Supreme Court, 1975’.  On 17.08.2020 Solicitor General of India, Adv. Tushar Mehta appeared to assist the Court.