The order passed by Three Judge Bench of Supreme Court’s in Prashant Bhushan’s case once again proved the illegalities committed by the smaller Bench of Justice Deepak Gupta.

The order passed by Three Judge  Bench of Supreme Court’s  in Prashant Bhushan’s case once again proved the illegalities committed by the smaller Bench of Justice Deepak Gupta. 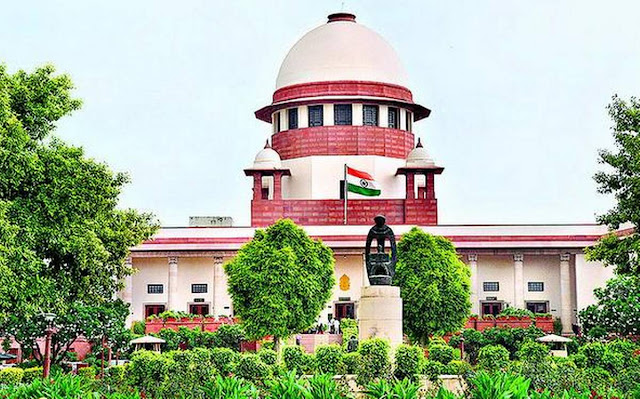 On  04.08.2020 the Three Judge Bench headed by Justice Arun Mishra tried to get an apology from Adv. Prashant Bhushan. But Prashant Bhushan, however, refused to tender an apology, but agreed to issue a statement instead.  Justice Arun Mishra  indicated that he may pass an order holding that any ‘statement of corruption in the judiciary’ would amount to contempt per se.

However, Senior Advocate Dhavan stated that such a finding cannot and should not be rendered without hearing the parties.

The abovesaid order is in conformity with the law laid down by the  Full Bench in R.  K.  Anand’s case (2009) 8 SCC 106 ,  where it is ruled that, when reply affidavit is filed by the Alleged Contemnor, then court has to examine the explanation given in the reply affidavit and if court is not satisfied with the explanation, then Court is bound to pass a reasoned order directing the  contemnor to prove his defence. Court cannot pass final order and  punish the Contemnor without giving reasons for not accepting the defence  and without affording an opportunityto  the  contemnor to prove his defence . The relevant para reads as under;

208. We find that the submission is not without substance. The proceeding before the High Court was under the Contempt of Courts Act and the High Court was not following any well known and well established format. In that situation it was only fair to give notice to the proceeded to substantiate the pleas taken in the reply affidavit by leading proper evidence. It must, therefore be held that the High Court rejected a material plea raised on behalf of the IU Khan without giving him any opportunity to substantiate it. ”

In striking contrast to above,  few months back, a smaller two-Judge Bench headed by Justice (Retd.) Deepak Gupta in the case of Re: Vijay Kurle refused to give findings on the Reply Affidavits and preliminary objections and without following the above guidelines by Full Benches, and straightaway pronounced the final  judgment and convicted two Lawyers and one Human Rights Activists vide order dated 27.04.2020.  The said unlawful  judgment is challenged in the Writ Petition and by an application for recall of the judgment. The Petitioner has prayed for an interim compensation of Rs. 5 Crores to be paid by the Government of India.

Five Judge Bench in Ramesh Maharaj’s case (1978) 2 WLR 902, had ruled that, if the charge is not distinctly stated and served upon the Respondents, but it is used against the alleged contemnor in the order, then it amounts to violation of fundamental rights of the alleged contemnor and the State is bound to pay him the compensation for the mistake of a Judge, as the Judge is the Executive arm of the State.